Let’s face it — vampires are everywhere. From movies and TV to literature and video games, these blood-sucking creatures of the night stalk all forms of entertainment that we enjoy. And as such, it’s only fair to talk about why some people care for vampire-themed fetishes and kinks. Our article aims to explore the human fascination with all things sanguine and sexual.

Why do people love vampires?

The story of vampires goes back to old European folklore. Namely, the first instances of people talking about nightmarish creatures that suck blood come from Serbia. But back then, vampires weren’t sexy and seductive by any means. They were mythologically feral and terrifying, unlike anything we see in modern pop-culture.

However, by the end of the 19th century, Bram Stoker’s classic novel Dracula changed our expectations of vampires and paved the way for a more modern approach. His antagonist was no longer a one-dimensional bad guy whose one goal is to suck people dry. The count had a character arc, emotions, and powerful motives for his wrongdoings.

Years later, Anne Rice expanded on Stoker’s ideas and wrote a series of books about vampires. She gave us young-looking and attractive creatures of the night that would serve for a big-budget Hollywood adaptation of her work, “Interview with the Vampire,” starring Brad Pitt and Tom Cruise. They were strong, intelligent, and, most importantly, sexy.

In other words, Rice’s vampires are everything people aspire to be. They’re dominant, charismatic, and do whatever they want to. But most importantly, they’re morally gray, having character depth that makes us relate to them. On the other hand, some people enjoy being their victims and feel sexual arousal from being their ghouls.

But what about the blood? 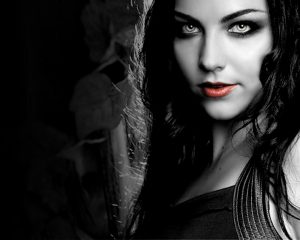 Firstly, we’ve got the vampire fetish. It consists of enjoying the lifestyle and lore that surrounds these fantastic creatures, but it doesn’t have to mean that you love to play with blood. People who participate in this fetish might only like to act and dress up like actual vampires, but hate the thought of bleeding. It’s simply role-playing.

On the other hand, other people are embedded in all things sanguine. They get a thrill from seeing blood and playing on the edge. And just like the previous group, they can but don’t need to be into vampires. These sub-groups aren’t always about sex nor are they mutually inclusive.

Just like people who participate in them, kinks and fetishes are individualistic. However, sex communities don’t feel that way and enjoy putting labels on things. Of course, that’s because it’s easier to find other people who are into similar stuff like you. But past that point, it all comes down to personal preferences and fantasies.

Since it all comes down to what turns individuals on, you can classify a wide variety of different people who enjoy the vampire fetish. Here are some of them…

Of course, there are many more, but there’s no point in mentioning them all because you’re going to leave someone out unintentionally. The ones we’ve listed will give you a good enough idea of what it means to play around with vampire fetishism.

To make sure everything plays out safely, you should focus on communication before, during, and after the deed. This way, you’ll make it clear what’s acceptable to you and your partner. Also, you should implement safe words to stop anything that begins to feel out of hand. No matter if you’re a Dom or a sub, a safe word must mean stop.

How can i explore this fetish more?

Luckily, the internet has your back on this. You can find thousands of sites and forums dedicated to vampire fetishism online. They vary from basic, vanilla stuff to pretty much extreme kinks where you can find another vampire enthusiast to play along with your fantasies. It all comes down to what you find sexually exciting.

Of course, you shouldn’t underestimate safety. It’s important to surround yourself with stable people who play along with the rules. In the end, it’s all about browsing sites, forums, and social media platforms for groups of people who feel the same as you do. So, take your time and do your homework before you head into the night.