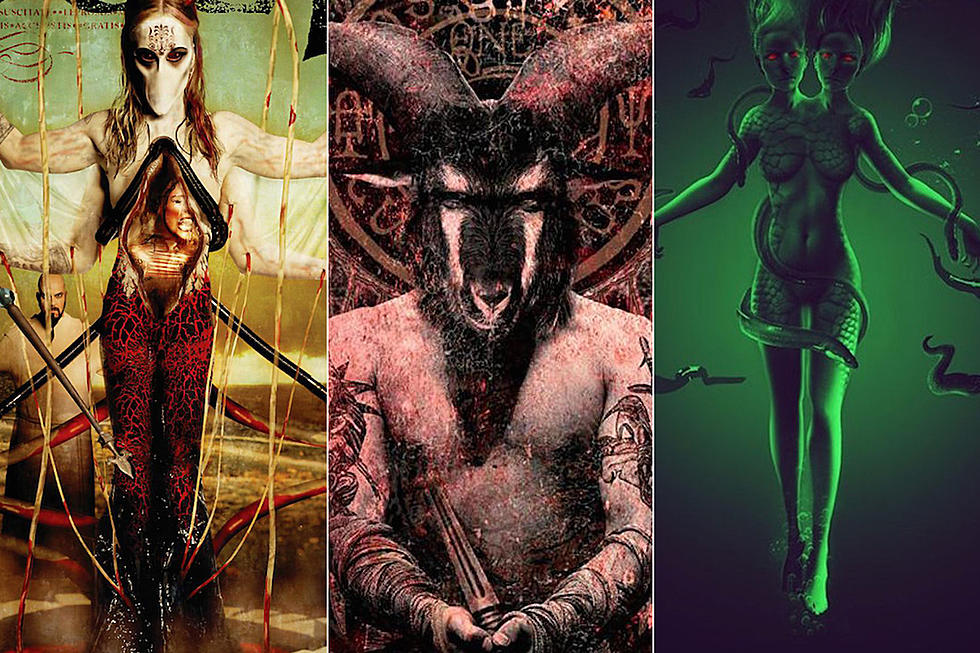 PopobawaPopobawa (meaning “bat-wing” in Swahili) is said to be a large, bat-like creature with one eye and a very large penis. It is said to stalk the men and women of Zanzibar, Africa, and surrounding islands. It is a shapeshifter, often taking the form of a human or animal. It usually visits households at night, and it doesn’t discriminate against men, women or children, often sodomising an entire household before moving on. Victims are warned by Popobawa to tell others about the attack, or risk it returning.Popobawa first appeared on the island of Pemba in 1965, and sightings have been reported as recently as 2007.

There are several different theories about Popobawa’s origin. Some say it is an angry spirit created by a Sheikh to take vengeance on his neighbours. In 2007, Researcher Benjamin Radford investigated Popobawa and found that its roots are in Islam, the dominant religion of the area. According to Radford, “holding or reciting the Koran is said to keep the Popobawa at bay, much as the Bible is said to dispel Christian demons.”Others argue (perhaps more realistically) that Popobawa is an articulated social memory of the horrors of slavery. The way in which Popobawa is said to sodomise its victims may also have something to do with the fact that homosexuality is still illegal in Zanzibar.

Chiloé, an island off the south of Chile, is said to be home to the Trauco, a sexually potent Dwarf with the power to paralyze women with a look, before having sex with them. The Trauco is described as being ugly and goblin-like, often wearing a hat and suit. His feet are stumps and he communicates through a series of grunts. Some reports suggest the Trauco doesn’t even need to have intercourse with his victims, that he can, in fact, impregnate them with his gaze.Often, when a single woman on Chiloé falls pregnant people assume the Trauco is the father.

In these cases the women are considered blameless as the Trauco is said to be irresistible to women.El Trauco’s wife, La Fiura, is said to be a grotesquely ugly dwarf with the ability to cast a “sickness spell” against anyone who rejects her sexual advances. Her breath is so foul it can physically scar a human and turn animals lame. Despite her appearance, she is generally irresistible to men and, after having intercourse with them, she drives them insane. 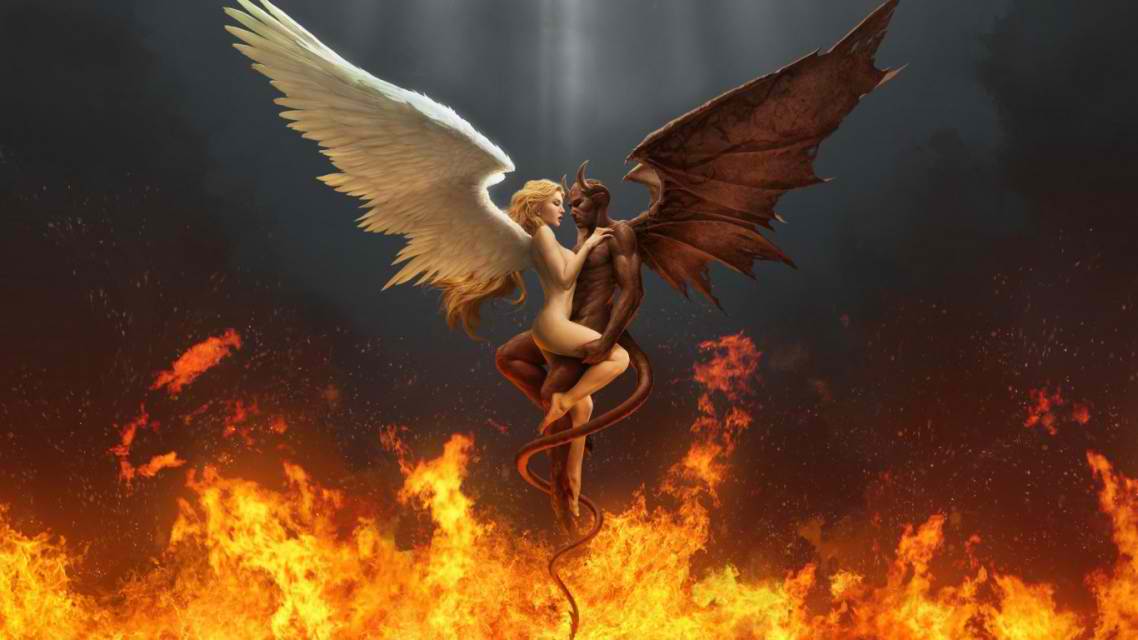 Probably the most well known sex demon, the Succubus is a female demon who takes the form of an attractive seductress in order to seduce men. It is generally believed that the Succubus legend came about as a result of the medieval preoccupation with sin, especially sexual sins of women.The male version of the Succubus is the Incubus. Like his female counterpart, the Incubus will drain the strength and life energy from his victims.

Unlike the Succubus, the Incubus will impregnate his victims with another incubus. The victim will then carry the baby to term, but when she gives birth the baby appears to be stillborn. It will have no pulse and it won’t appear to breath. Then, around the age of seven the child will appear to behave normally, but will usually be very attractive and intelligent. According to some legends, the wizard Merlin is the product of an Incubus father and a human mother. It is also believed by some that the Virgin Mary was de-flowered by an Incubus.

Many believe the Incubi most likely came about as a scapegoat for rape and sexual assault. Both victim and rapist would have most likely found it easier to explain the attack supernaturally rather than confronting the truth.

Z Bosque EncantadoIn Brazil, and the rainforests of the Amazon Basin, the Boto river dolphin was believed to have shapeshifting powers. It could turn into a very charming and beautiful man called Encantado, or “the enchanted one.” Encantado would take women back to the river, retake dolphin form, and impregnate them. Young women of the region were wary of any man wearing a hat because, according to legend, Encantado always wore a hat to cover up his blowhole.

In many parts of Brazil it is considered bad luck to kill Boto river dolphins. If you kill one, or in some cases just look them in the eye, it is said you will suffer nightmares for the rest of your life.

Jewish folklore tells of Lilu, a demon who visits women while they sleep. His feminine counterpart is Lilin. These demons were a particular source of anxiety for mothers because they were known to kidnap children. Ardat Lili was another succubus who would visit men at night to ensure the continuation of her demonic race. The incubus was Irdu Lili, who would visit human women to ensure they would produce his offspring.

In the Northern regions of Hungary there was said to live a creature called the Liderc (or ludvérc, lucfir, or ördög depending on the region). It hatches from the first egg of a black hen, and is often said to hide in people’s pockets. It enters its victims homes through the keyhole. Once inside, the Liderc shapeshifts into a human, often taking the form of a dead relative of the intended victim.

It rapes its victim, and then makes the house very dirty before departing. Some reports say that Liderc becomes attached to its victims and never leaves. The Liderc can be exorcized by either sealing it inside a tree hollow, or persuading it to perform a near impossible task, such as carrying water with a bucket full of holes. It is common even today for children in Hungary to stomp on eggs taken from a black hen, or leave the eggs on doorsteps to cause mischief.

In the 1960’s a large number of young women were raped in several Malaysian towns. The attacker was described as a naked man, covered from head to toe with oil. Some said that Orang Minyak could appear invisible to non-virgins. Mass panic ensued, and many young women of the region began wearing sweaty, stinky clothes so the Orang Minyak would mistake them for male and leave them be.

Some speculate that the Orang Minyak was, in fact, a regular human criminal, who covered himself with oil to camouflage himself against the night, and to make him especially slippery to catch.Sightings of the “Oily Man” have continued through the decades, with the last sighting in 2005.

Originating from Teutonic or German folklore, an Alp is a small, elf-like creature who is said to have climbed onto a sleeping victim’s chest, turned into a fine mist and entered the body through the nostrils, mouth or vagina. Once inside, the Alp had the ability to control its victim’s dreams, creating horrible nightmares. Its victims reported a breathless feeling when they awoke.

This may have been an early explanation for sleep apnea and other sleep disorders. 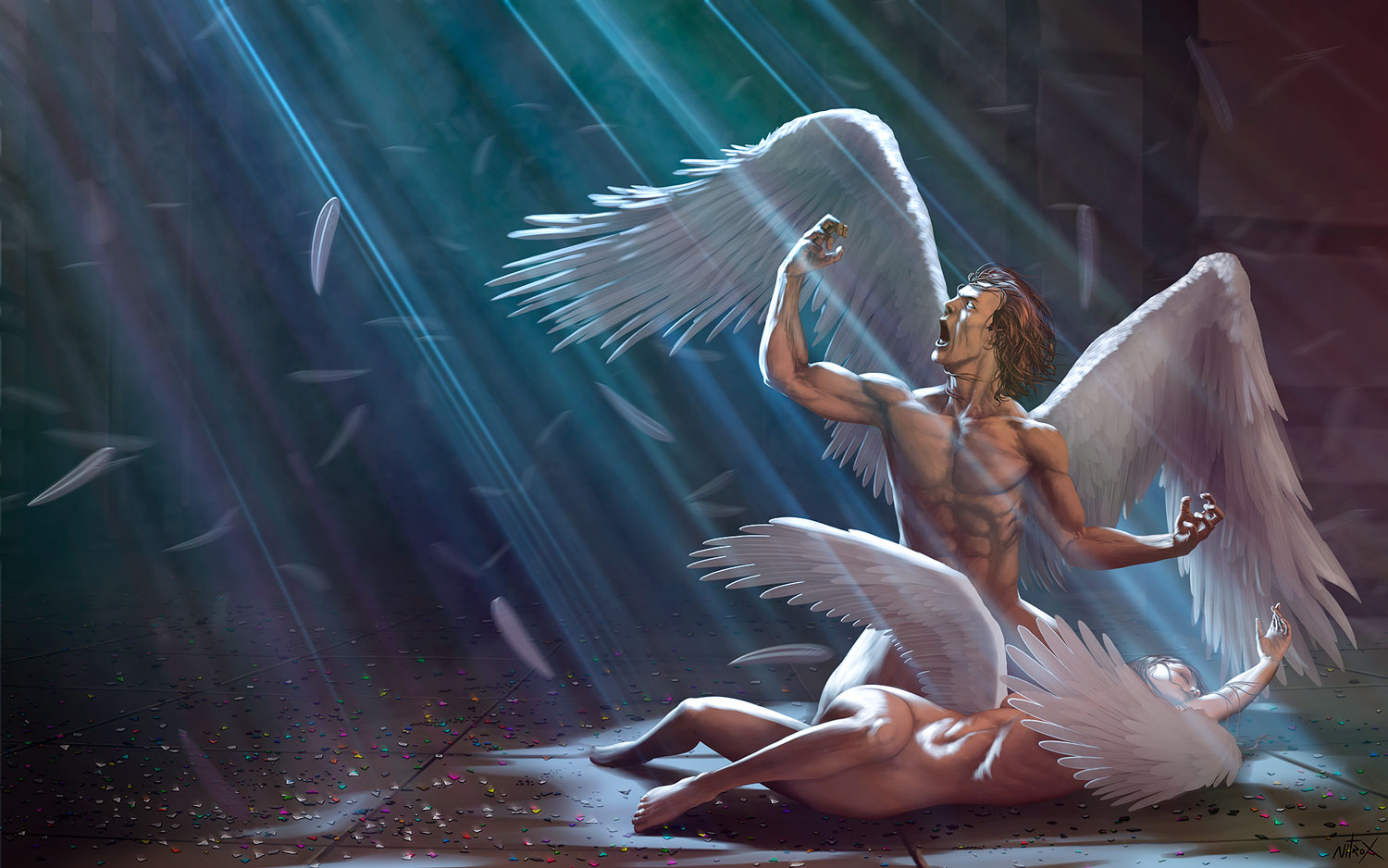 According to the Hebrew Bible, the Nephilim were a race of giants who came about as a result of fallen angels having intercourse with human women. Translated from the Hebrew text, “Nephililim” means “fallen ones”. Genesis 6:4 tells us, “Now giants were upon the earth in those days. For after the sons of God went in to the daughters of men, and they brought forth children, these are the mighty men of old, men of renown.

”The story of Nephilim originates with a story of Shemhazau, a high ranking angel who led a group of angels to earth to teach humans to be righteous. Over the centuries many of the angels pined for human women, and eventually mated with them, creating the Nephilim. This unholy union is said to have instilled an inherit wickedness in the Nephilim, making them capable of terrible sin. God was so disgusted by their existence that he ordered the angel Gabriel to ignite a civil war among the Nephilim, which eventually led to their extinction.

A modern-day version of the Incubi myth, there are countless cases of alien abductions, many with sexual undertones. Some reports suggest the use of an invasive anal probe, and others talk of a sexual union with the aliens themselves.52 year old Jazz singer Pamela Stonebrook claims to have regular sex with a six-foot tall reptilian alien. “My first sexual encounter with an alien was unlike any love-making I’ve experienced before,” Stonebrook claims. “It was so intense and enjoyable and, without wanting to get too graphic, he was so much larger than most men. I remember exactly how I felt when I saw him for the first time.

I awoke from my sleep to find myself making love to what appeared to be a Greek god. At first I assumed it was an exceptionally lucid dream. But the sex was very intense and as I closed my eyes I was overwhelmed by how comfortable I felt with this unknown being. The next time I opened my eyes he had transformed into a reptilian entity with scaly, snake-like skin. It was then I realized I was making love to a shape-shifting alien. Sensing I was scared, the reptile whispered, ‘We’ve always been together, we love each other.’ The orgasms were intense.

When I tell men about my reptilian experience, they find it difficult.”There are countless stories involving alien/ human lovemaking. Antonio Villas Boas of Brazil claims that, in 1957, he was abducted by aliens and put in a room with a beautiful, fair-haired woman and forced to mate with her. Howard Menger claimed to have regular sexual liaisons with Marla, a beautiful blond woman from space who claimed to be 500 years old.

In the 1970’s, a 19-year-old girl in California claimed to have been gang-raped by six blue-skinned, web-footed humanoids who attacked her after she watched their spaceship land.

Due to the outlandish nature of the claims and the general lack of evidence, most people dismiss such reports. Sadly though, it is likely that many of the people who make such claims, do so as a result of a deep, psychological need.