For decades now, rock bands and themes about the devil have been doing quite fine together. They gave us heavy metal and its countless subgenres, and people just can’t get enough of their dark, pessimistic tones. But is there more substance to heavy riffs, blast beats, and growling vocals so many hold dear? Can they voice progressive ideas people care about?

Well, of course. Even if most critics consider the genre narrow-minded, some bands have much more to say than to gobble childish lyrics about demons, dragons, and ancient evil. A great example of socially active metal musicians is a young and promising death metal band from Wales — Venom Prison. Here’s what they’re all about.

Namely, these five young people are a death metal band from Wales. They’ve been active since 2014, and they’ve already toured the States, Asia, and most of Europe, sharing the stage with big guns of the death metal scene like Trivium, Dying Fetus, and Power Trip. Now, metalheads all over the world are going crazy for their somewhat new take on the genre.

However, their success isn’t only fan-based. Venom Prison won a couple of important awards, such as Best Newcomer at Metal Hammer’s Golden God Awards. They’ve also done a collab with The Hundreds, a street fashion brand, and were on big rock music festivals like Glastonbury and Damnation.

But what separates their work from most other death metal albums are the themes they explore. More akin to punk bands of the late ’70s and the early ’80s, Venom Prison engages in politics, white privilege, and the actual devil in human beings. They don’t bother rambling about fantasy like most metal bands and have more mature lyrics.

The members of the band

Like we’ve said, the band is a five-piece. It consists of Larissa Stupar, Ash Gray, Ben Thomas, Mike Jeffries, and Joe Bills. Back in 2014, Larissa moved to Wales from Germany and met Gray. At the time, he was playing in a local band, Brutality Will Prevail, but they quickly became good friends and began to write music together. 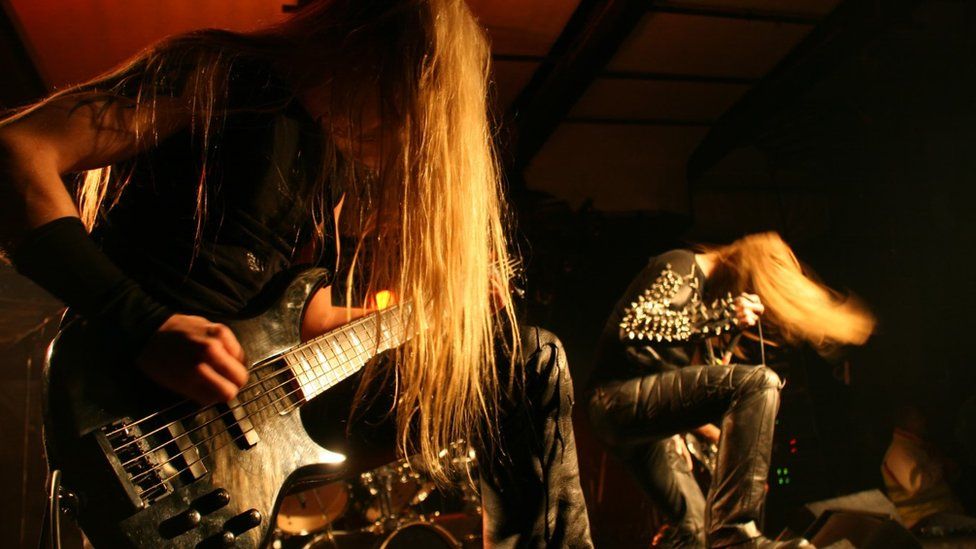 Trying to think of the most metal name of all for their band, they came up with Venom Prison. Obviously, Venom is one of the most important bands in black metal history, but that didn’t stop Larissa and Ash from Wales from using the word for the name of their band. By 2015, they released their first EP, “The Primal Chaos,” with all five members working on it.

Venom Prison plays death metal, but their style is a bit more complex to describe. Some critics argue that they use elements of hardcore and grindcore, while others call them unique and worthy of a genre of their own. The bend itself says that some of their main influences are Carcass, Napalm Death, and Metallica. And sure, you can hear all three bands in their sound while still being original.

For such a young band, Venom Prison can be pretty proud of the work they’ve done already. They have three full-length studio albums and two EPs. The albums include “Animus” (2016), “Samsara” (2019), and “Primeval” (2020). On the other hand, both their EPs are from 2015, and they’re titled “Defy The Tyrant” and “The Primal Chaos.”

Like most bands, they’ve expanded their sound with each new album. With fast, chaotic riffs and pulsating blast beats, Venom Prison seems relentless about beating their message into their fans’ minds. Their lyrics are provocative and deep at times, but like all death metal, they’re deeply buried in the grim growls of the lead vocals. Luckily, you can read through them online while simultaneously listening to Stupar screaming.

Why they went with the genre

In a recent interview, Larissa Stupar shared some interesting ideas about the metal genre as a whole. Discussing fan expectations and what’s the goal of her band, she says that for a while, there wasn’t much interesting stuff coming out of metal. Still, the genre is going back uphill in recent years, as there are young, promising bands who tackle social topics and mature themes in their music.

She adds that unlike during the ’80s and early ’90s, most metal bands would write songs that meant nothing to socially active people. Popular acts didn’t address important issues in the world like Napalm Death or Carcass. However, the state of the world isn’t exactly perfect these days. Hence, Venom Prison’s aim is to talk openly about feminism, sexual abuse, privilege, and all other essential aspects of modern society.

Talking about some criticism her band got for their political stance, Stupar says that she’s confused. People say that Venom Prison doesn’t need a political voice. But on the other hand, they have a cover photo of Napalm Death on their Facebook profile. In her eyes, they’re either slow or badly informed since Napalm Death is one of the strongest political voices in death metal.