It’s no secret that we’ve come a long way since the late ‘60s and the sexual revolution. All sorts of kinks and fetishes are more than welcome these days. However, some still seem pretty far out for your regular John and Susan. Our article aims to explore the ins and outs of spectrophilia — a fetish where people display sexual affection for ghosts and other undead spirits.

Ever since the first human civilizations, we’ve been trying to explain our existence and find out whether there’s life after death. For some, these ideas are mere fantasies and, therefore, a waste of precious time. However, fascination with otherworldly beings and realms is a lifelong interest for others. They’re not just scary bedtime stories for children.

Every culture has its unique version of undead beings that we call ghosts. From incubuses to succubi, we believe in all sorts of stuff. And some of these spirits have a sexual nature to them. They come at night and take us no matter if we’re willing to permit them. And for some folks, these experiences are everything they want from sex.

Sex with ghosts is a cross-cultural phenomenon that you can hear about in every part of the world. It’s something that’s been with us for a long time and will probably never go away. But how does it work? And more importantly, is it always forceful and evil, or is there consent between the living and the dead? Well, let’s find out.

How does it work?

Ghost sex doesn’t work like they’d have you believe in movies. You know, a couple watches their sex act on an evil tape, and once they go to bed, something comes out of the closet and rapes them. It’s a bit more surreal than cheap schlock you see in movies like “Paranormal Activity” and other godawful derivates from the same cookbook.

People who say they had paranormal sex say that it occurs moments before falling asleep or waking up. During those brief minutes when you’re in some sort of dreamy limbo. Still, scientists suggest that the reason for such claims is that people are prone to hallucinations moments before they lose or regain consciousness. Spooky stuff, isn’t it?

Either way, sex with ghosts isn’t a brief orgasmic moment. Petti Negri — an American celebrity witch — says that you can feel the ghost’s every move. You can sense their hands on your breasts and thighs. And according to her, it can get pretty intense and kinky.

By now, there are numerous groups of people who get off on ghost erotica. You can find forums and groups on Reddit where people discuss their experiences in fascinating detail. Moreover, there are even cable shows about it. But one thing remains — was it consensual?

You see, even with ghosts, there’s a problem with abuse and rape. Folklorist David J. Hufford says that up to 15% of people experience some kind of sexual paranormal experience during their lifetime. Of course, not everyone talks about it. They put it aside on a shelf with other nightmares.

Yet, what’s problematic about this phenomenon is the part about rape. While some try to summon spirits to do their bidding and have sex with them, others go nuts after ghosts grope them in a predatory fashion. Self-proclaimed witches and paranormal detectives suggest that rape is usually the work of ancient and very evil spirits that lurk between our world and other dimensions.

Since paranormal sex is such a big thing for so many people, it’s no wonder that we can hear about it all the time in popular culture. From movies to TV shows, we see all sorts of haunting stuff on the screen. After all, there were more than 25,000 demonic possessions reported just in Europe in 2010. It’s a pretty exploitative topic.

Nevertheless, back in 2004, the now long gone model, Anna Nicole Smith, told FHM magazine that she had sex with a ghost regularly back in Texas. She thought it was her boyfriend, but one day she woke up from it and saw no one. Yet, she’s not the only celebrity to have had such claims.

In 2012, Ke$ha told a radio show host that she’s into kinky stuff like that. However, her experience was more than pleasant in her words. She said that she’s pretty open to such action, hoping to delve deeper into supernatural sex territory. Unfortunately, we still don’t know if she finally learned her ghost lover’s name or not.

When it comes to movies that depict sex with ghosts, how can we forget that abomination with Patrick Swayze and Demi Moore, “Ghost”? It’s better if we don’t talk about it. You should give it a watch at your own risk. Just don’t say we didn’t warn you. It’s possessed by the evil spirit of bad filmmaking. 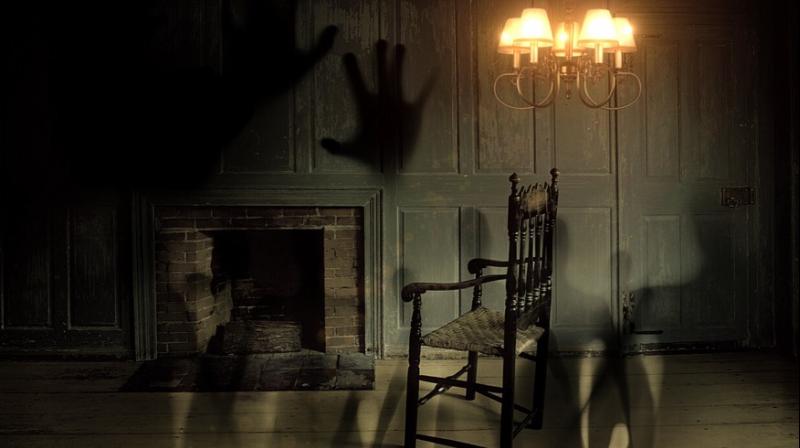