If you’ve always been intrigued by vampires and find them exciting, this is just the article for you. Vampire sex might sound like something out of your wildest sex dreams, but it’s all too possible with a bit of imagination. All of that said, let us sink our teeth into what vampire sex really is, where it came from, and what to expect during it.

Let’s start with the fact that we’ve all been carried away by our imagination. Having different kinds of kinks is completely healthy. The same goes for the vampire sex kink. How did this phenomenon really come about? Well, we can blame it all on our favorite novels. We’re mainly talking about the “Twilight” series as well as “Vampire Diaries.” Those two are just off the top of our heads, and who knows how many more exist. Don’t get it wrong, Dracula can be one sexy man — you only need to imagine him as such. Suddenly, he’s not an old weirdo that drinks blood to survive but a hot man in his thirties that is full of pent-up lust and desire. Or you can just imagine Edward or Damon Salvatore (our personal favorite). It’s exactly through that wild imagination that people develop the vampire sex kink.

The Fangs of Seduction 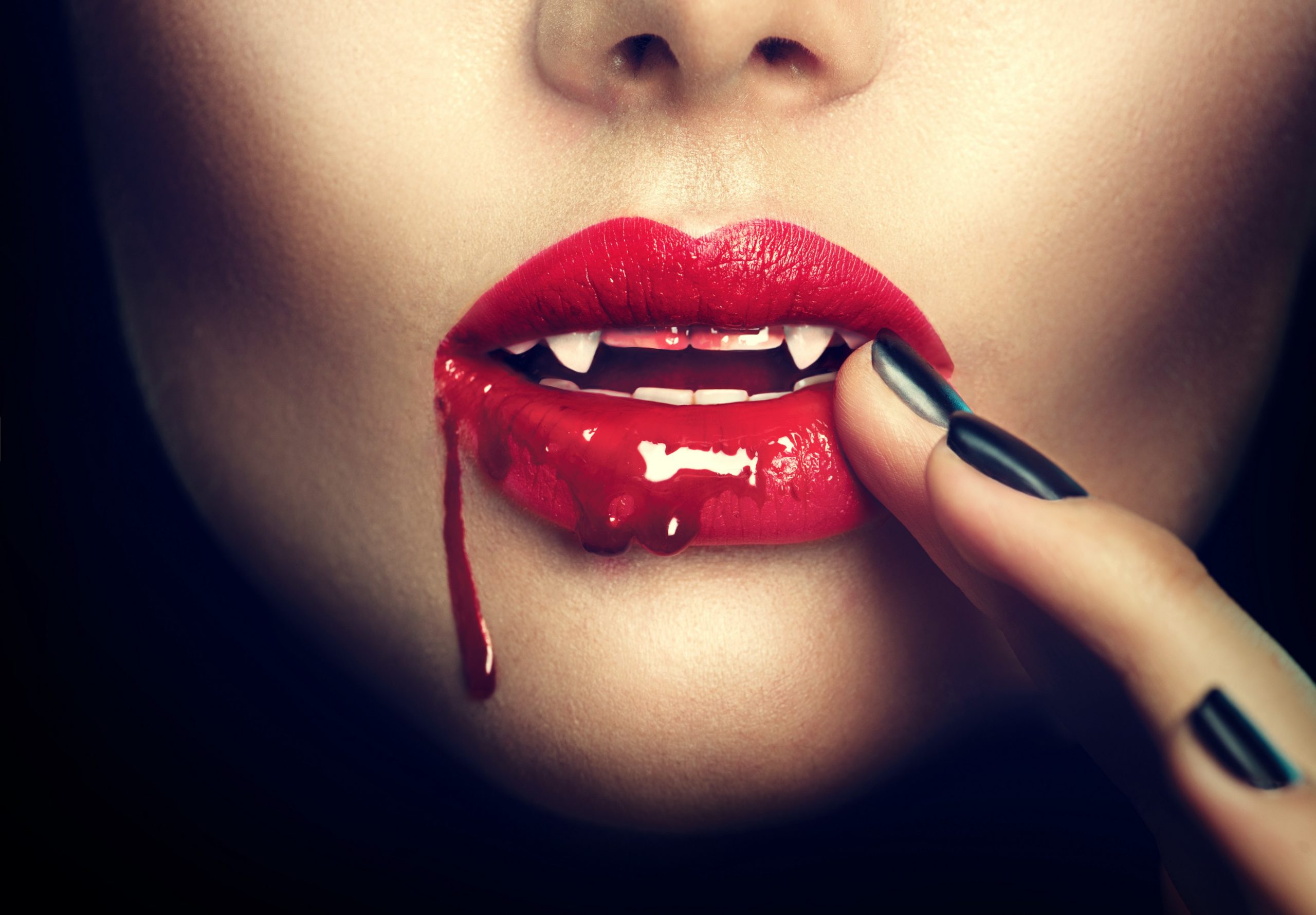 The vampire obsession isn’t something new. In fact, people have had it on their minds ever since vampires came about. A lot of stories circulate about vampires, and they don’t always look or act the same. However, a couple of things are the same for all vampires. We imagine that people who are into neck kisses would go crazy for some vampire love. Why? As well all know, the stereotypical way in which vampires feed is by biting their victim’s neck. Isn’t that hot? Well, not when a person is trying to harm you. However, it can be pretty hot when the situation is right. All of this contributes to the vampire sex kink. Plus, some people even go as far as to identify themselves as vampires. Yes, in real life. And yes, they also drink human blood, but it’s not as nearly as dramatic as it might sound. Be that as it may, there is more than one factor that contributes to the frenzy surrounding vampire sex.

The Acts of Blood

So how does it all go down, really? When two people love each other, you’d expect some tender love-making. That isn’t exactly the case when it comes to vampire sex. Things can get pretty wild. Neck biting is something that this sexual intercourse simply cannot go without. Whether it’s a stereotype or not — as some IRL vampires claim it is — it serves as a sexy way to begin the whole act. Most of the time, blood isn’t even drawn, but you can expect your vampire lover to leave their mark. People claim that vampire sex is usually wild. We believe it’s what people would call animal sex. Either way, you can expect a lot of passion, and who doesn’t love that? There are other elements that will excite you during vampire sex. For example, the mere thought of having sex with someone “immortal,” or a being that’s not entirely human.

So what is vampire sex? The answer to this question is pretty straightforward. Or is it? Some might take it as a mere kink, while others claim that being a vampire is a lifestyle that has chosen them. Whatever it may mean to you, vampire sex is something everyone should experience at least once in their life.